Every team needs a mascot (not true) and most mascots are unimaginative and boring stingrays, barracudas, sea cucumbers, etc… Plus, most names have already been taken by other teams . . . Okay, Sea Cucumbers is still available. So I propose SHARKTOPI as our team mascot.  There is already a critically acclaimed, organic, and natural, movie named “Sharptopus” so I propose Sharktopi as our mascot (yes it’s plural and we don’t get intro trademark disputes).  Only one other team in the country uses this as a mascot (probably for good reason) a street hockey team from up north (crummy record, so they won’t be making the news). Additionally, unless there isn’t some extreme genetic engineering going on with sharks in the next few years we shouldn’t have any backlash from the indigenous shark population. I would like feedback from our teammates. (only positive, please, I’m kind of like the government in this case. You can propose another mascot; however expect to be audited) 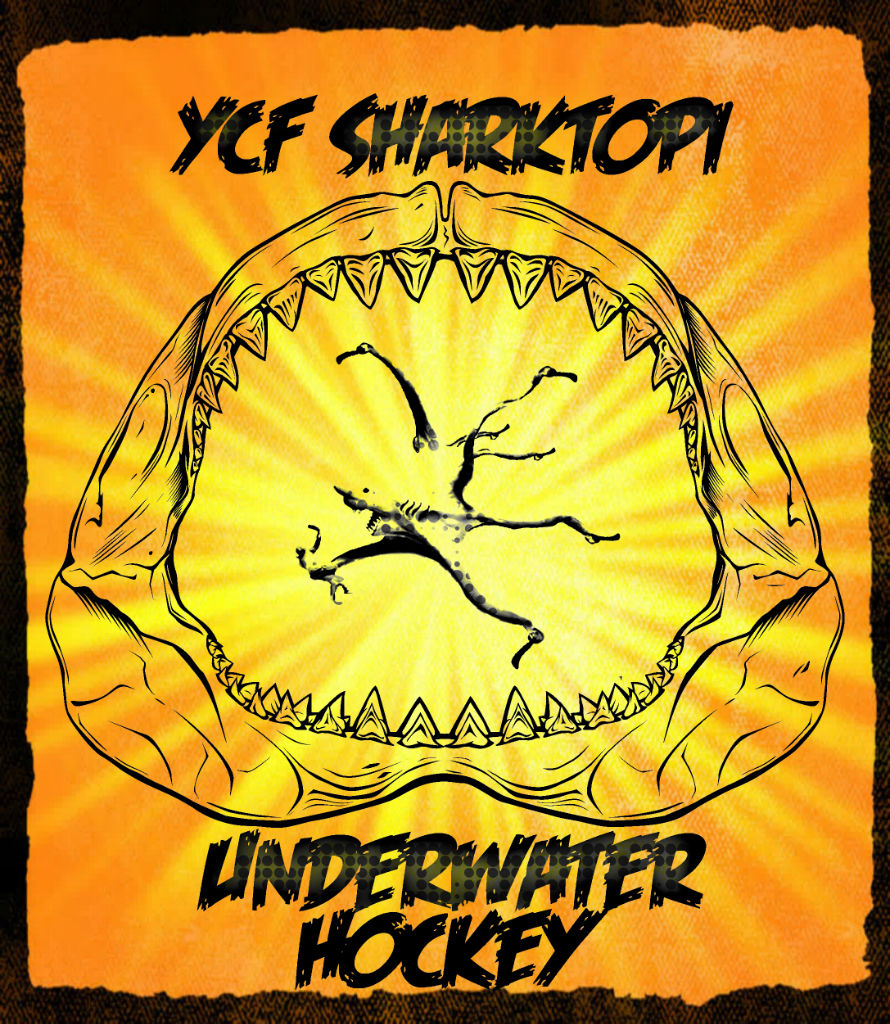 Proposal for the YCF team mascot. SHARKTOPI very cool. I would wear this on a T-shirt how about you?

We had a good time on the 4th pushing the puck. If you missed,  you should have been there as we were talking about you.  It wasn’t pretty.  See everyone underwater on Wednesday! 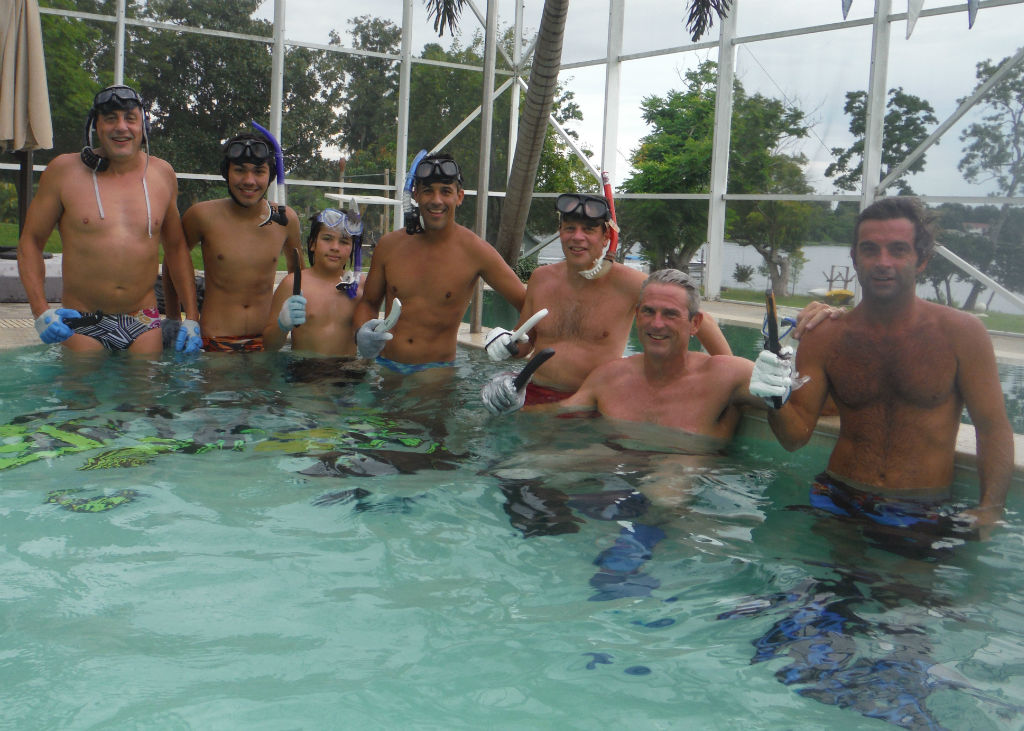 Our players on the 4th. Where we you? 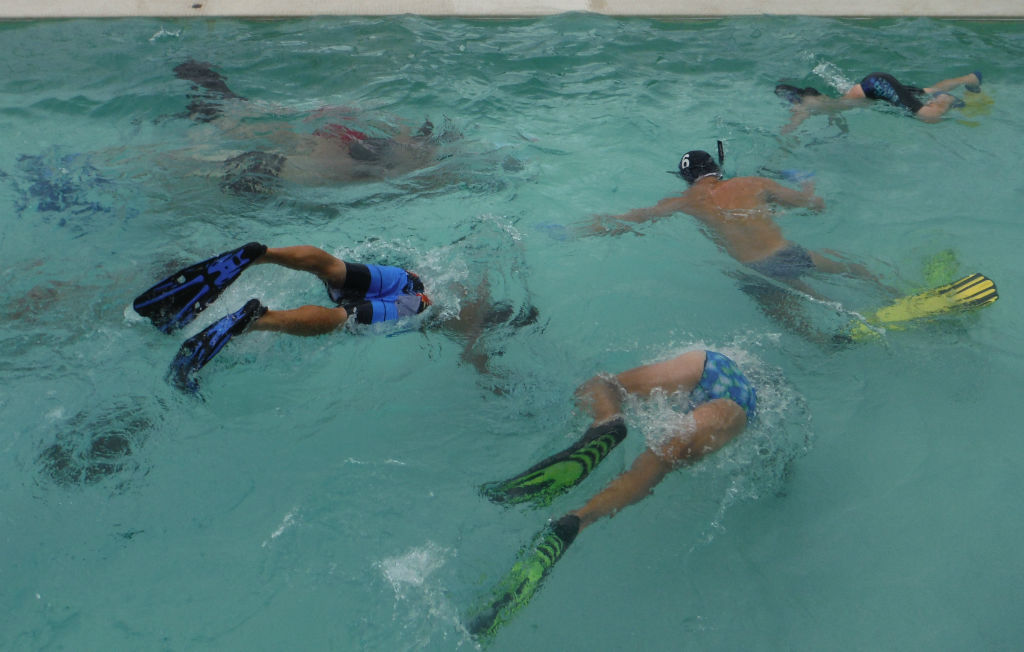 Fun on the 4th